The lithium ion battery megafactories are being built and low cost, abundant cells are on their way. As a result, the way we store and use energy is about to fundamentally change.
As part of our industry leading World Tour 2016 series of seminars, Benchmark Mineral Intelligence has outlined four must read slides that explain the story.

Commercialisation in the niche battery sector takes a long time. It is only in the last ten years that the lithium ion battery has taken off owing to its uptake in smartphones. This is despite chemistry being invented in the 1970s and first being commercially used in the early 1990s.

Benchmark believes we are now entering a fourth phase of battery commercialisation with pure electric vehicles and utility storage markets coming of age.

Welcome to the era of the advanced lithium ion battery.

While the Tesla Gigafactory 1 is no doubt the catalyst behind the rapid and significant change in the battery industry, it is not the primary driver of demand.

Benchmark Mineral Intelligence data shows that 70% of new lithium ion supply is coming from China where at least 7 battery megafactories are under construction.

The introduction of megafactory scale is the main driver of cost reductions in the battery industry. According toBenchmark Mineral Intelligence forecasts, lithium ion battery production costs are set to fall 15-20% a year for the next five years – the rate of decline is increasing. 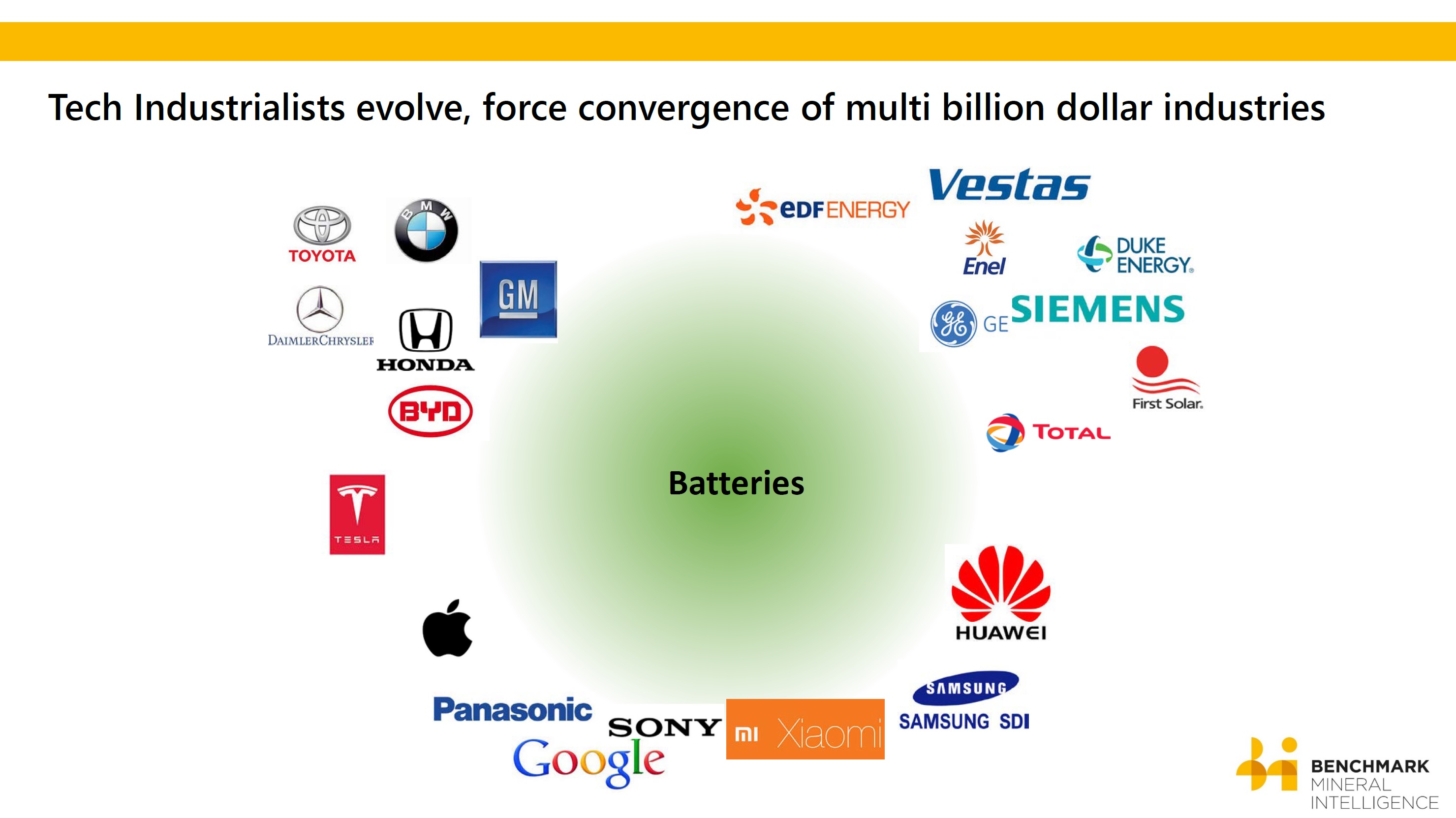 Energy storage is forcing convergence between historically separate industries of energy, automotive and technology. Abundant, low-cost lithium ion batteries are set to change the vehicles we drive and the energy we consume at peak times, a trend that will have wide-reaching implications for all three sectors.