The deepening trade war between US and China threatened to spill over into critical battery raw material markets in Q3 2018 with the Trump administration proposing a wave of new sanctions on Chinese imports.

In June, the US government took the decision to introduce a 25% ad valorem tax on Chinese imports with an annual trade value of around $34bn USD and by early-July the administration threatened to extend this to a further $16bn worth of products, as well as a separate 10% tariff on goods with a value of around $200bn.

Given the US imports very small quantities of lithium and cobalt from China, and the majority of its cathode production takes place in Asia, the measures will not have an immediate impact on these sectors.

For graphite, however, China has been the dominant producer and exporter to global markets for a generation and a new 10% tax is likely to make Chinese suppliers – already suffering under pressures of increasing costs – even less competitive.

As a result, the tariffs threaten to accelerate the evolution of China’s role in the graphite market, with efforts already increasing to cultivate greater domestic consumption for value-added processing.

However, the sanctions could prove more problematic for US consumers which remain largely dependent on Chinese graphite exports despite the ramp up of new operations in other parts of the world.

Interestingly while President Trump’s latest round trade tariffs have extended to raw material markets, they avoided increased taxes on many advanced materials.

With the US battery market still in its infancy, emerging producers such as Tesla remain dependent on Asian suppliers (in particular China) for their input components, namely anode and cathode materials.

As trade tensions escalate there is the potential that sanctions could extend to these functional materials which are critical to the US battery growth.

For US consumers, potential increases in anode costs are a particular concern due to China’s dominance of supply. China controls the global market for anode materials and although some processing capacity exists in other parts of Asia, China is the only country to have control of the supply chain from raw material to functional battery material.

In addition, anode material prices have been increasing steadily throughout 2018 due to increased demand, taking uncoated spherical graphite prices to their highest levels on record, according to the Benchmark Graphite Price Assessment. 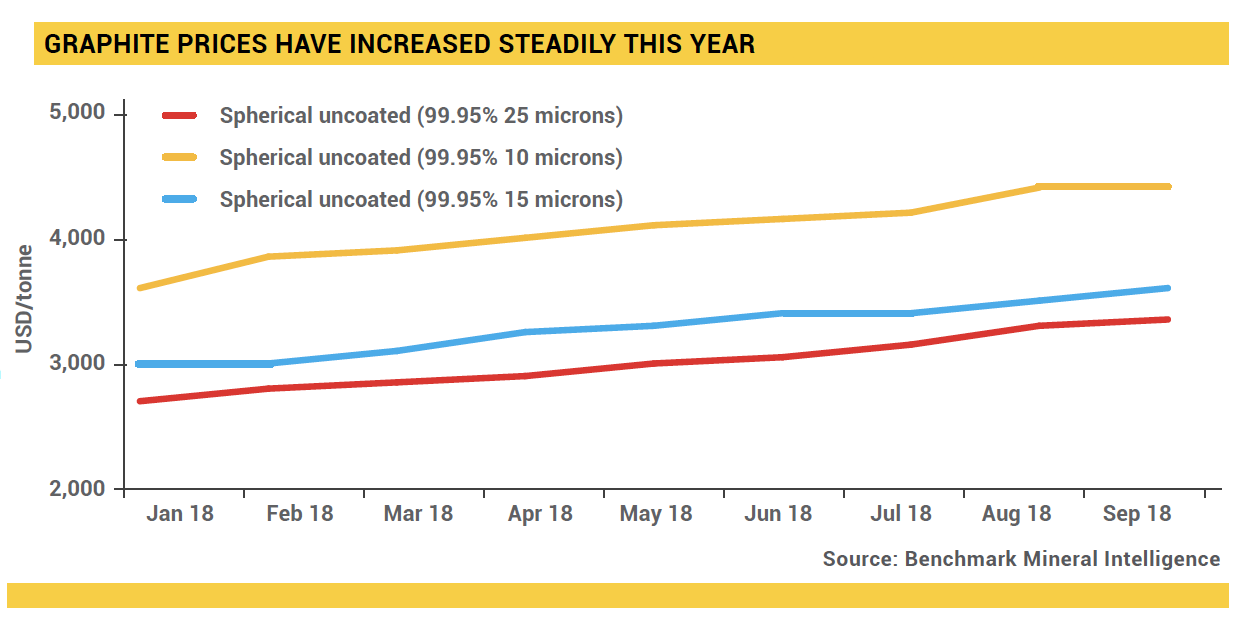 Battery raw material price risk has been a growing concern for battery producers in the light of recent spikes in lithium and cobalt market, and graphite has come under scrutiny from across the supply chain in recent months from a supply security perspective.

Increased trade tensions between two major players in the battery market are likely to heighten these concerns and could put critical material markets in the spotlight as both countries seek to gain a strategic advantage.